Watch was handed back by Gardai with face smashed. Stopped at 10:40 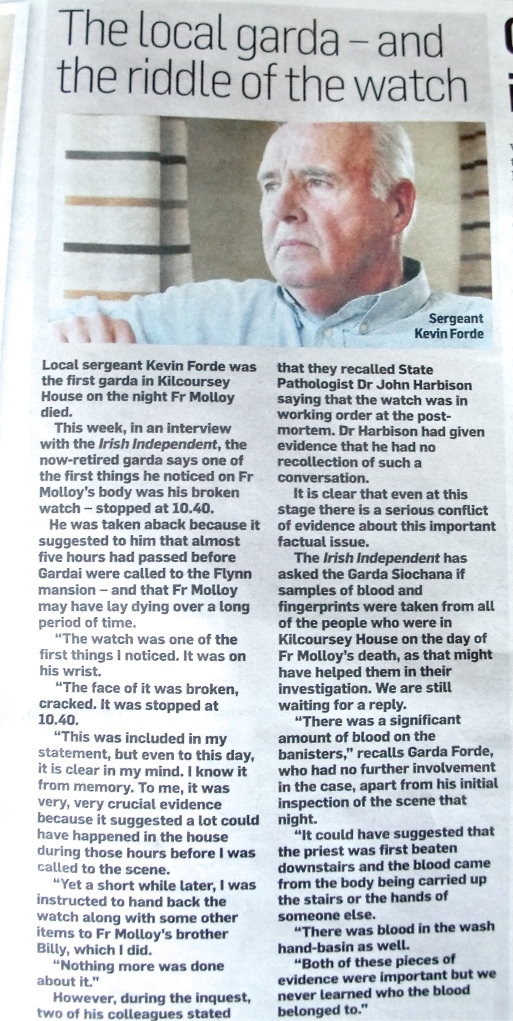 ” From my Police sources, who were there on that particular night, the watch had been noted to have stopped at 10:40 and they considered it to be significant”