Last weekend the number of views to this website hit the 68,000 mark. 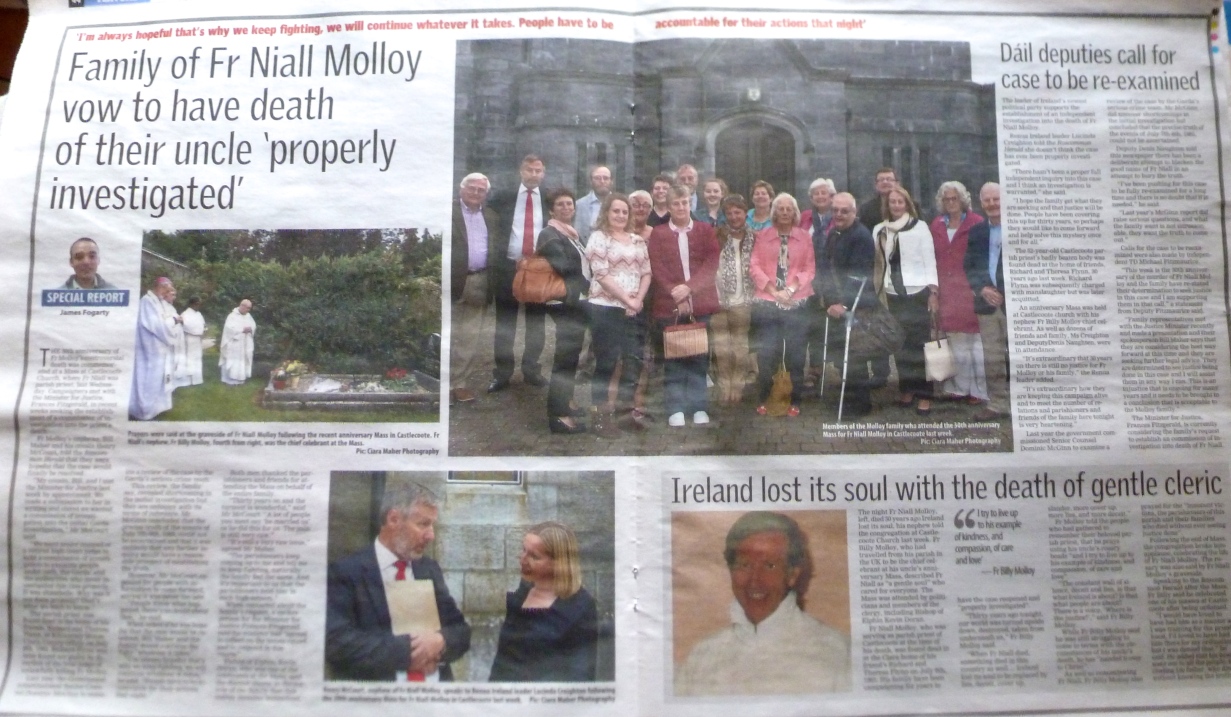 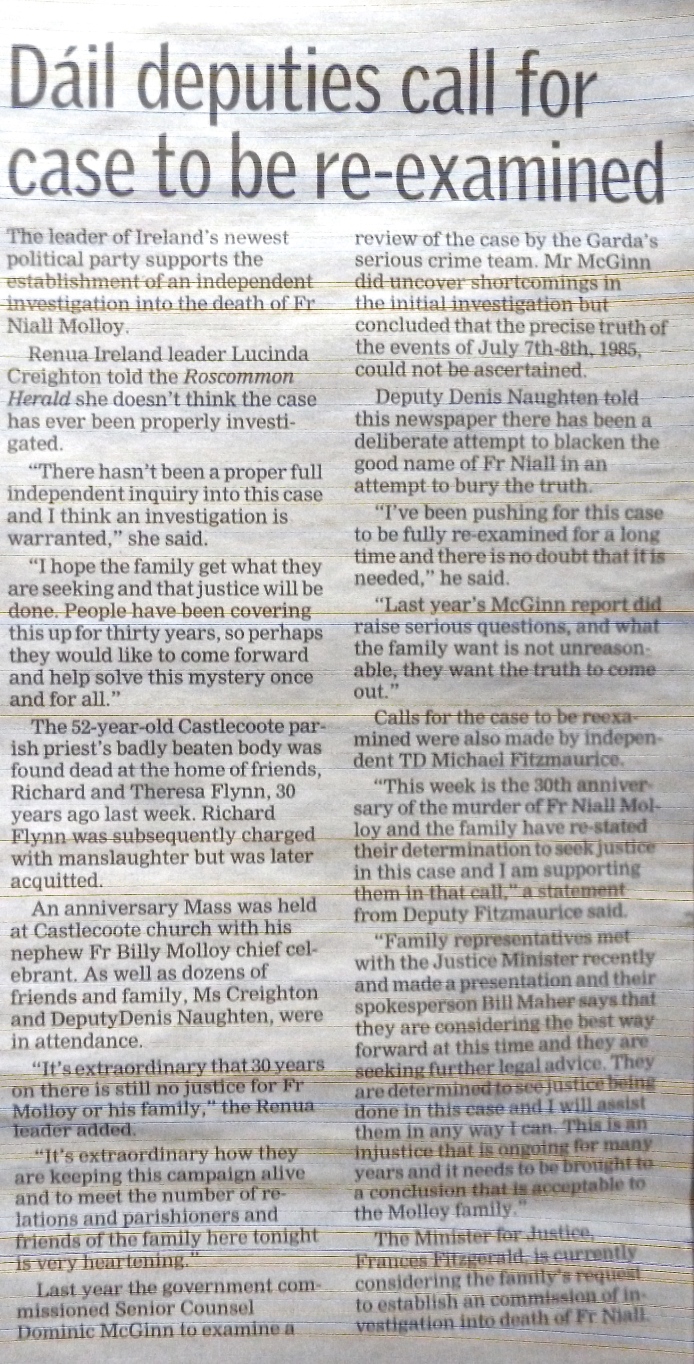 Bishop Kevin said “The Diocese identifies very much with the sadness and the sense of disappointment of Fr Niall’s family that, after all this time, so many questions relating to his death remain unanswered.” May he rest in peace. 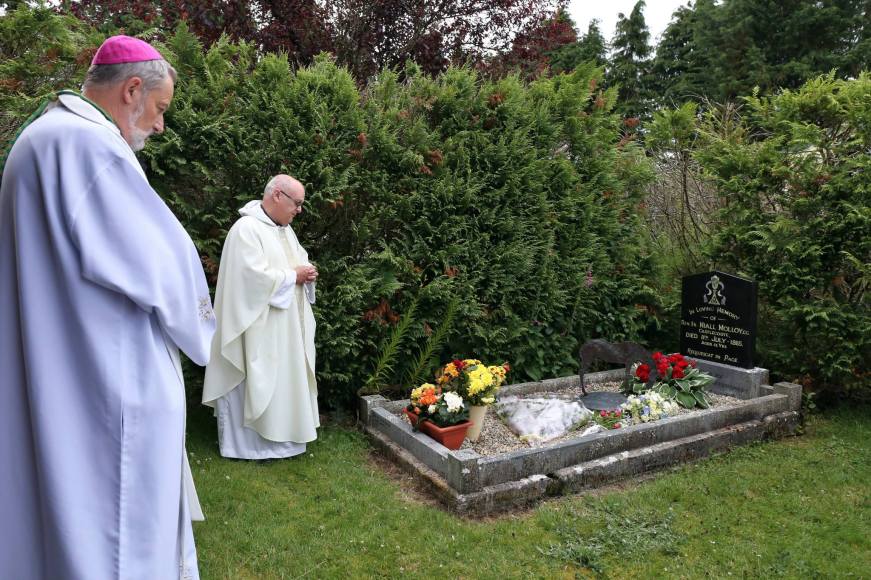 A total of 67,000 views  have been made to this website. more information is being added regularly.

Fr Niall MOLLOY, 30th Anniversary. Bishop Kevin joined family and former parishioners of the late Fr Molloy for Mass at Castlecoote. Bishop Kevin said “The Diocese identifies very much with the sadness and the sense of disappointment of Fr Niall’s family that, after all this time, so many questions relating to his death remain unanswered.” May he rest in peace.

Justice Has To Be Served In Fr Molloy Case

This week is the 30th anniversary of the murder of Fr Niall Molloy and the family have re-stated their determination to seek justice in this case and I am supporting them in that call. Family representatives met with the Justice Minister recently and made a presentation and their spokesperson Bill Maher says that they are considering the best way forward at this time and they are seeking further legal advice. They are determined to see justice being done in this case and I will assist them in any way I can. This is an injustice that is ongoing for many years and it needs to be brought to a conclusion that is acceptable to the Molloy family

Justice Has To Be Served In Fr Molloy Case

A Mass is being held this evening to mark the 30th anniversary of the death of Fr Niall Molloy.

The body of the Castlecoote priest was found at the home of his friends, the Flynn’s in Clara, Co Offaly, this day 30 years ago.

His family say gardaí failed to properly investigate the circumstances of their uncle’s death.

Fr Niall Molloy’s badly beaten body was found in an upstairs bedroom of the home of his friends, Theresa and Richard Flynn, at Kilcoursey House, Clara, Co Offaly, on the 8th of July 1985.

He was serving in the parish of Castlecoote, Co Roscommon at the time of his death.

Richard Flynn was charged with Fr Molloy’s manslaughter and assault, but was acquitted during a subsequent trial.

A special Mass will be held in Castlecoote at 8 o’clock tonight, and will be followed by prayers at the graveside.

The celebrant will be the late priest’s nephew, Fr Billy Molloy, who has travelled from his parish in the UK for the occasion.

Fr Niall served as a Chaplin in the Irish Army

30 years ago today, 8th July 1985, Niall was badly beaten and left to die over a number of hours. While he was dying a number of people scarpered away from the scene while others were busy trying to clean up and cover up.

THE FIGHT FOR JUSTICE WILL CONTINUE